Cornets and trumpets are two similar brass instruments and can often be confused with one another. However, despite their similarities, the cornet and trumpet have some large differences. Let’s have a closer look at where the two horns differ exactly.

Trumpets and Cornets – The Differences

One main difference between the cornet and trumpet is the size. Cornets are typically smaller than trumpets and look almost a bit squished. They measure at about 13 – 16” in length (33 – 40cm) while the trumpet is about 19” (40cm).

This is also why the first brass instrument many young children learn to play is the cornet as it is smaller and therefore easier to hold.

That being said, the actual measurements of their tubing are not different at all: An uncoiled cornet is about 4.5 ft in length (1.35 meters) – the same as a trumpet.

The cornet and trumpet also have differing sounds from one another due to the different bores of each instrument. The bore is the interior chamber of wind instruments such as the cornet, trumpet and clarinet.

The different shapes and sizes of the bore create different sounds. The cornet has a conical bore which means that the size of the interior chamber gradually increases throughout the length of the tube. Other instruments that have a conical bore include the French horn, oboe, saxophone and tuba.

Due to the difference in bores between the cornet and trumpet, the trumpet produces a brighter, more linear sound while the cornet produces a softer and warmer sound – second only to the even softer flugelhorn.

Listen to the soft sound of the flugelhorn in this performance, followed at roughly 1:00 by a cornet for comparison:

What different types of cornets are there?

There are two main types of cornets. The standard, most popular model is the Bb cornet. This is used by everyone from young beginners to those in a concert brand. The other main cornet is the soprano Eb cornet. This type of cornet is smaller than the Bb model and is much more niche and specialist. It is predominantly used in brass bands and it is strongly recommended that new players learn the Bb cornet before advancing to the Eb – or to a Bb trumpet.

(Close-up of a Levante Bb Cornet*.)

Neither is necessarily more expensive than the other. Just like any other instrument, there are affordable, beginner models and expensive performance models for advanced players. The cheapest beginner model for each cost around $180-$200.

If you’re looking for an instrument that will bring you joy for longer with better build and sound quality, expect to spend more in the $450 range.

For professional level cornets as well as professional trumpets, spending upwards of $2000 will get you an instrument that will last you a lifetime.

Can I use a cornet mouthpiece on a trumpet?

Is a cornet easier to play than a trumpet?

For some people, yes. Due to its smaller size, it is easier to hold and more comfortable for kids or people with small hands. Therefore it can be easier than the trumpet. The cornet also does not need as much air to play which can make it easier for those who have not had experience with brass instruments. However, the differences in difficulty are not substantial and can differ from player to player.

What is a cornet player called?

A cornet player is called a cornetist.

At what age can the cornet be played?

It is recommended that the cornet should begin to be played at around 7-8 years old. This is roughly the age at which children are able to properly hold the instrument.

Who are some famous cornet players?

Some of the greatest cornet players include James Sheppard, Herbert L. Clarke and Louis Armstrong (who was also an acclaimed trumpeter). 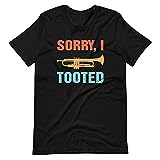 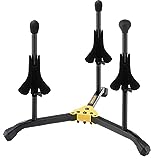 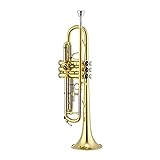 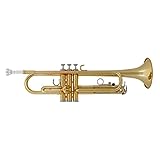 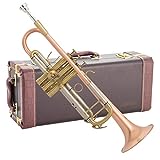 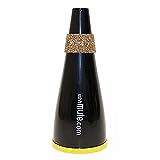 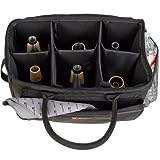 My First Trumpet: Rent or Buy?